The Name of the Wind 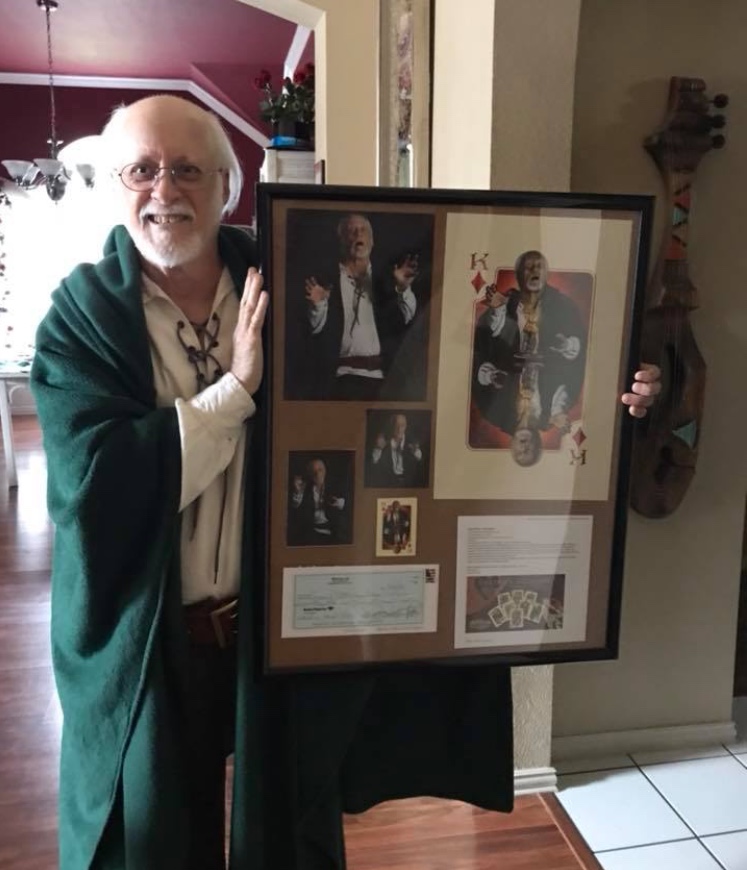 Posing with my Display

First off remember I am a professional STORYTELLER

NOT a model BUT in this case I was both.

In October 2017 I was Contacted by artist Echo Chernik (Seattle Washington) asking me if I would model for the Character ‘Skarpi’ who was a minor character in Pat Rothfuss first fantasy novel;

‘The Name of the Wind’

She had been hired by the author to paint the characters from his book for a card deck that he was going to produce via a Kickstarter program. Echo specializes in Art Nouveau style.

( though i was freaked out). Since I live in Fort Worth and Echo is in Seattle we decided through a series of emails to set up A photo shoot with my good friend Richard Wayne Albin, who is a semi professional photographer and has helped me out many times.

We did the shoot based on Echo’s ideas. We shot a 119pics in a variety of costumes and poses. Richard set it up so that she had access to them. Two weeks later she sent me a pic of her final painting of Skarpi. Which had to be approved by Pat Rothfuss first and was approved without any suggested changes a few weeks later.

Skarpi in the book is a storyteller and that is how Echo found me. She painted Skarpi darker than I actually am because he is supposed to work on the docks. The final picture was based on two separate pics that we had sent her.

She found me via my website and was interested by my medieval style pics posted for an Authorian program which is no longer on my website.

If you belong to a book club in the Dallas Fort Worth Area and plan to read Rothfuss 1st book ‘ The Name of the Wind’  i will gladly attend your meeting in the character of Skarpi ( per the card Deck version ).

I have Pat’s permission to tell the story of Lanre in my own words while costumed as Skarpi ( per the card deck) My version of the story is approximately 20 minutes long.

Plus I will bring a display exhibiting my autographed card and 11x17 print plus more. And of course tell the story of how all this happened.

I cannot ask for a fee to perform this story but I will take donations for my storytelling expenses and skills. I am a professional storyteller of 20 years experience and have performed all over Texas.

Here is a link to Echo’s website where you will find the NOTW card deck and the 11x17 print plus ECHO’s original painting of Skarpi which sells for $1200.
https://echochernik.com/collections/name-of-the-wind

Just a FYI when you order they send you Two card decks per order. One is the main deck with the main book characters and the other is of the minor characters ( which I am in.) 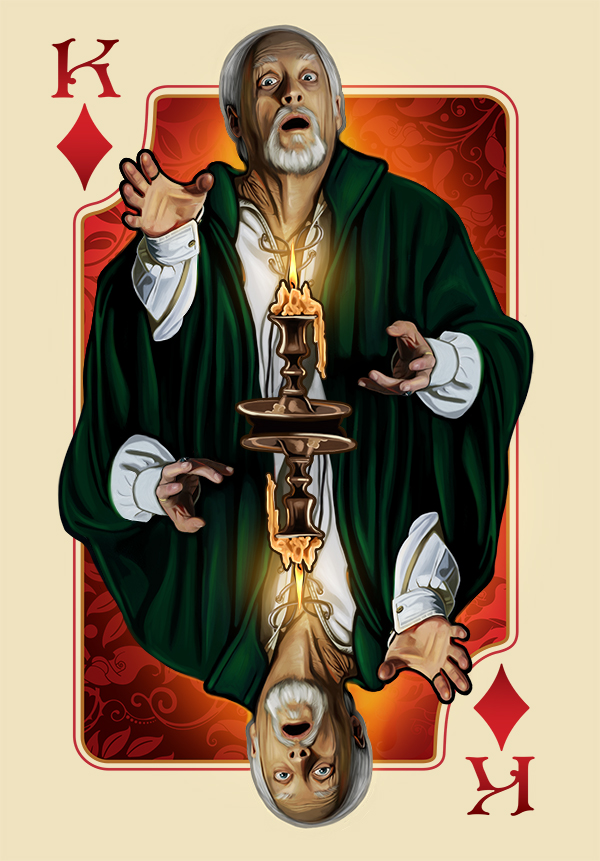 Check out the programs below!
Let the stories live, bring on the storyteller!